What are you doing to address urban poverty in our country? No human society is perfect. Even in the most developed countries, social issues still persist. Singapore might be one of the most prosperous countries in the region, but issues like social inequality still remain.

Let’s face it– the average Singaporean might be better off than individuals living in other parts of the world, but that doesn’t mean they are undeserving of assistance. Many households still struggle to meet their daily needs. Many communities are still vulnerable to other social issues that can negatively affect their quality of life. Many factors are at play when it comes to financial, physical, and emotional security.

One of the most enduring social issues that many societies have to grapple with is how to address and reduce poverty. Poverty is a root issue that can be responsible for many other issues we face in our society.

How poverty influences our society

As one of the wealthiest countries in the world, Singapore doesn’t have as much of a problem dealing with poverty as other countries do. However, that does not mean poverty is entirely nonexistent. Though Singapore does not have an official poverty line, researchers have conducted many studies detailing the situations of households across the country. Over a hundred thousand families struggle to make ends meet. Nearly 30% of all households in Singapore have incomes less than half the national average. The government has also reported that the number of families receiving financial aid is at an all-time high.

We define poverty as not having enough money to supply their needs. But poverty is so much more than an inability to find funds or generate enough income. It can also refer to a lack of access to other natural resources. People who do not have roofs over their heads or access to running water are considered impoverished. Those who are denied a decent education may also be impoverished. Water and food security in Singapore is especially concerning since they are essential to human survival.

The issue of poverty has haunted humanity for centuries, if not millennia. That’s because it is difficult to figure out the exact causes of poverty for every situation. Many are born impoverished, some fall into debt, others are victims of discrimination, and more. The rise of poverty is attributed to other serious social issues that our country faces. Here are just a few things societies might need to grapple with as a result of poverty.

1) Higher levels of crime. Poverty can make someone feel desperate. When people don’t have enough funds to secure medical benefits, housing, and more, they’re more predisposed to committing crimes to obtain it. Around the world, many studies indicate that higher rates of poverty are linked to higher instances of theft, murder, and more. People with no access to the resources they need are more likely to take these risks.

2) Little to no access to education. Attending top schools in the country can be expensive. Education might be out of their reach for people who suffer from urban poverty. Some children from impoverished backgrounds are forced to work young to sustain themselves. Unfortunately, this creates a vicious cycle. People who do not have any access to formal education are less likely to get accepted to higher-paying jobs, forcing them into a life of poverty.

3) Higher rates of homelessness. Unlike many other countries, Singapore has done a decent job at alleviating homelessness with solutions such as HDB (Housing and Development Board) housing. Homelessness can have a profound impact on individuals as this can affect all other aspects of their lives.

4) Overall poor health and exposure to diseases. Access to nutritious food and other supplements to care for your health is a human right, but not everyone gets the chance to obtain them. Even with extensive healthcare policies and arrangements, poverty-stricken nations may find it harder to distribute medicines and treatments to individuals. Poorer families might be unable to afford them altogether. Those who live below the Singapore poverty line are much more likely to have conditions that go untreated because they cannot afford the medical services. This can be dangerous for society as a whole because virulent diseases spread more quickly in a population that is denied medical care.

5) A less skilled populace. Society is affected by high rates of poverty because they cannot train and hire people in important jobs that can stimulate the economy. It adds to the issue regarding people having little access to education. Impoverished populations have less access to the training and education needed to work these jobs. This leads to a less skilled workforce overall.

How the average Singaporean can help alleviate poverty 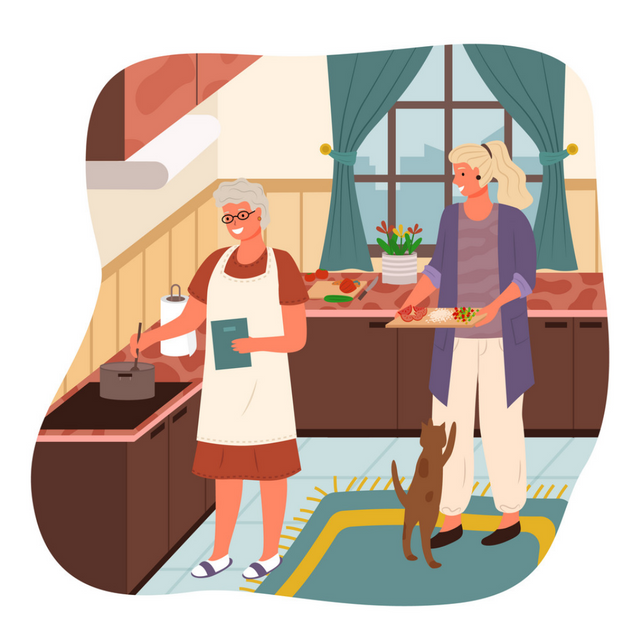 Poverty is still present in Singapore, though it’s more subtle compared to other countries. It is not an issue that will go away anytime soon, not without serious advances in the way humans work together. But there is light at the end of the tunnel. Many organisations in Singapore and abroad are dedicated to creating projects to better the lives of vulnerable groups in the community.

As a working individual in our country, you can take small steps to help out others. Start by researching the various charities and organisations in the country and align yourself with causes you feel passionate about. Many groups are in dire need of donations to fund projects. Others offer extensive programs that need willing volunteers. Why not lend your talents, time, and effort to creating a safe space in Singapore?

Make a difference in the lives of Singaporeans everywhere. With the Best of You, an organisation dedicated to addressing social issues such as poverty or inequality. Help vulnerable groups in the Singapore community by checking out their website.