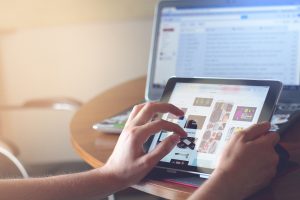 The European Parliament has approved some large and controversial changes to copyright legislation. The biggest such changes in two decades. When the directive takes effect, it will be the biggest change since GDPR, as we’ll have more cases of GDPR records of processing activities.

What Does the New Copyright Law Mean for the Internet?

One thing that a lot of people are wondering is whether people will be able to upload their own content online. The legislation is not designed to block people from uploading and creating content. It does, however, mean that companies will need to police content more proactively. Technology firms, including giants such as Google, warn that the legislation means that they will need to remove a significant amount more content automatically.

YouTube and Facebook already remove video and music uploads if they are copyrighted. YouTube uses technology that scans uploads to match them with files that content owners have submitted, and gives the owners of the content the option to track copied uploads, monetise them, or block them. The new European copyright legislation means that tech companies will be held liable for copyrighted content that is uploaded to their platforms in a more significant way, especially if they already run such automated scanning.

Why Are Tech Companies Against the Change

The companies that are affected by the changes note that the reforms put unrealistic demands on them. They say that the existing systems mean that artists are already paid fairly. YouTube says that users based in the EU could find themselves cut off entirely from videos.

Are Other People Against the Changes?

Many campaigners argue that the directive is harmful to free expression, and that the only way that companies can guarantee compliance is to block user-generated content which references other copyrighted material, even if it is in a way that could be called fair use, such as a remix, criticism or a quote.

Some campaigners say that the law may favour bigger tech companies since only the largest brands have the resources to allow them to comply with the new rules.

What Do The Regulations Man for News?

Article 13 makes it much harder for tech companies to publish user-generated content. Meanwhile, article 11 is related to the sharing of news articles. Publishers say that it is hard for news organisations to fund high-quality journalism and that companies which monetise the sharing of news should be paying their share. Article 11 adds the requirement for information sector service providers to secure the rights to share news articles. This means that Facebook and Google News, for example, will be able to show snippets of a news article, and Wikipedia or other similar non-commercial encyclopedias will be exempt, but other sharing will be harder.

What Does This Mean for Memes?

The directive could be considered an attempt at a ‘meme ban‘ given that it puts such strong rules against uploading copyrighted material without permission, and that a lot of shared content relates to popular culture.

The original idea behind the legislation was to protect the use of such content for criticism, parody, caricature, quotation, review or pastiche’, however it is hard to uphold that since automatic filters cannot readily determine whether content is copyright infringement or is one of the examples of fair use.

When do the Rules Take Effect?

EU member states have two years to implement the changes from the date when the legislation is officially passed. If the UK leaves the EU before then, it will be able to decide whether to implement the rules or not of its own accord, however it is likely that, deal or no deal, the UK will end up following suit.