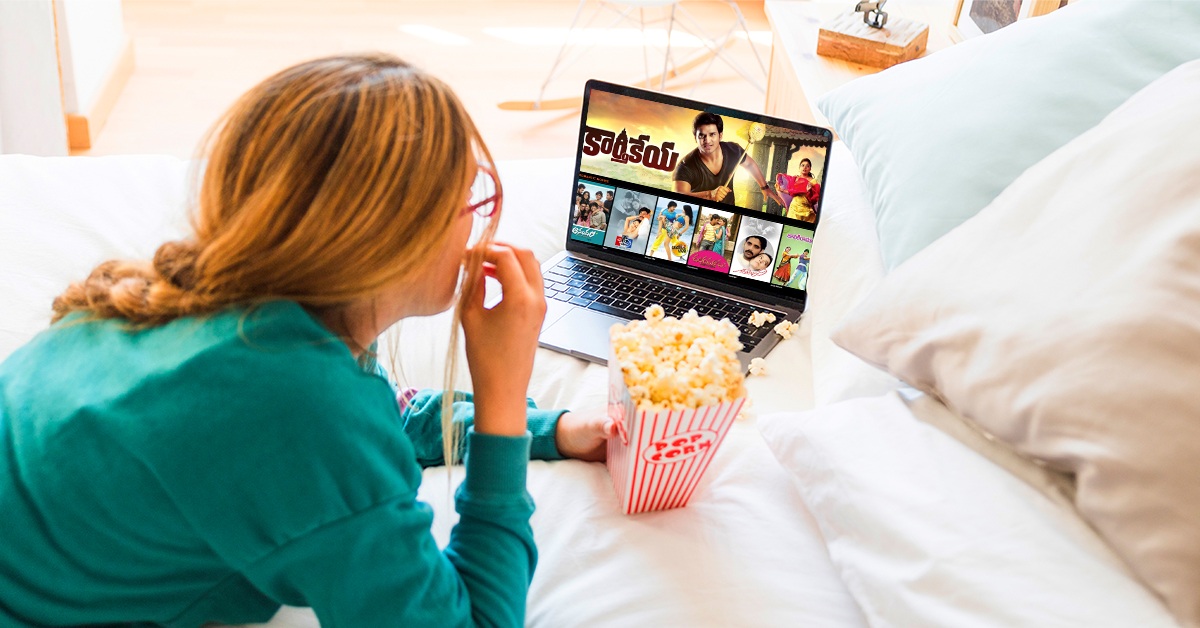 It is a great pleasure for the latest Telugu movies online watch. Many cinema audiences love watching movies online due to their flexibility. There are many new movies produced by different people that are now available online for movie lovers. In the olden days, the audience has the only chance of watching movies in the theatre. Those days, people go to theaters for their favorite films in the theatre. Yesteryears leading actors like NTR, NageswaraRao and Krishna have acted in more than a hundred films in their life. Watching films is a pleasure activity for viewers who love films online since they can have the chance to view their favorite heroes films nowadays at home. Thanks to technology, viewing many types of films online has become very easy

Many heroes are nowadays like to screen their films online for the audience who love watching easily. Adventure films.terror, comedy, action, and sentimental films are being watched online. Due to the low cost and conducive atmosphere, these online films are well received by the audience very well. The famous heroes have acted in many films belonging to different genres, and hence their popularity has reached a greater height. The overall reception for these actors from the audience is massive due to their versatile acting and blockbuster films. Many of these heroes’ films have given new height in Telugu cinema.

NTR was a Telugu film actor and a famous Hero. He was a great actor and considered the superstar of Telugu cinema industry. He started a political party called Telugu Desam party and became the tenth chief minister. Hi, films have good support and fan base till today. He also has acted in Tamil films, and his character of Lord Krishna is still considered high for all audiences. He has won many awards and also Padma Shri. His era is considered great and was worshipped by the Telugu people a lot.

AkkineniNageswaraRao was a famous Telugu actor who had given many films in Telugu and Tamil His fans were crazy on him for his acting style and considered a rival to NTR. Many of these films are blockbuster and still remembered for his great acting. His soneNagarjuna is one of the leading actors of the Telugu Industry. He died at the age of 89 due to stomach cancer. His films belong to romance, comedy, and sentimental genres mostly. He has won many awards in his lifetime like Padma Bhushan, Padma Shri, and Dada SahebPhalke.

Krishna was a famous Telugu actor who has done more than 350 films in the Telugu language. He was a superstar of Telugu cinema in his 70’s and 80’s. He was not only an actor but also a director of many films. His films have won many awards, and he has also got many state and national awards. His son Mahesh Babu is one of the leading Telugu actors nowadays. Krishna’s film belongs to different genres, like sentimental, action, and comedy categories. His film achieved a new height in those days by running successfully at the box office.