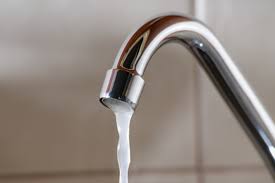 As a homeowner, you might brood over the problems that can damage your home. Plumbing issues can cost more in the long run if not fixed right away, meaning a simple toilet leak can increase your water bill. However, handling these kinds of problems doesn’t have to be taxing. Recognizing signs like leaks and slow draining can help you take action as early as possible to avoid further damage.

Low water pressure is one plumbing problem that is complicated for a homeowner. Once you pinpoint the cause, you can use different ways to remedy it. However, a widespread water pressure problem that affects the entire house can be caused by multiple factors.

If you figure out that you’re the only one on the block with low water pressure, the issue must be in your own house. This is now the time when knowing where the shutoff valve is located coming in helpful. It’s likely located inside the house. But in warmer places, it’s primarily located outside.

If it has a handle similar to the one you would use to turn on a hose, it must be turned counterclockwise until the limit. If it isn’t turned all the way, it can be the reason your low pressure is low all this time.

Water Meter Valve Is Not Turned All the Way

This is the second valve that controls the water intake into your house. Since it belongs to the water company, most homeowners don’t bother with it directly and often. Some are somehow difficult to get a hold of, especially those that are placed underground.

If you recently had something done to your house, such as a renovation, maintenance, or improvement, it’s probably when the water pressure starts to run weak. It’s possible the valve was not opened all the way after the work had finished.

You should be able to notice the effect on all the fixtures in your house when the pressure regulator fails since it happens abruptly. You can replace it by yourself with the same brand and size. However, it’s best to leave it to a professional if you have little knowledge about it.

Depending on which state or area you live in, the recommended water pressure is approximately 75 psi (pounds per square inch). If you notice that the pressure is still low, then this may show a failed pressure regulator.

Clogs can form in the depths of the pipes, and they don’t just build up under the drains of your showers and sinks. Even a minor clog can diminish the waterworks enough to lower the water pressure in your home. Since the clog could be anywhere and difficult to find, it’s better to call up a professional plumber.

Doing this by yourself can develop further and consuming problems. You could be knocking something loose or compromising the pipes. If there are clogs deep in your drainage system, intense drain cleaning or hydro jetting can be a solution to your problem.

Your pipes could be corroded because they’re already too old. Galvanizing steel pipes expire and begin to corrode after 20 years. Copper pipes can last 50 or more years, while brass can last 40 to 70 years. This is why you need to know what material your pipes are made of.

With this, corrosion can be a severe problem if you have additional plumbing fixtures in your home, such as a new bathroom or a washing machine. When you add extra pipes to an already completed house, you must also widen your pipelines. If not, these parts of the pipes can overwork themselves in the long run and lead to corrosion earlier than expected.

If you still can’t find the answer to where the low water pressure is coming from, the problem could be with your water supplier, or perhaps your city has changed some rules, and your supplier is just complying. Whatever it is, don’t solve this problem alone. You’re allowed to get some help to solve it.